Back to the "Future?"

The more things change, the more they stay the same.

With the growth of all things Social Media, it seems like we're seeing a return to the mindset that brought us the dot com bust of 1999-2000. 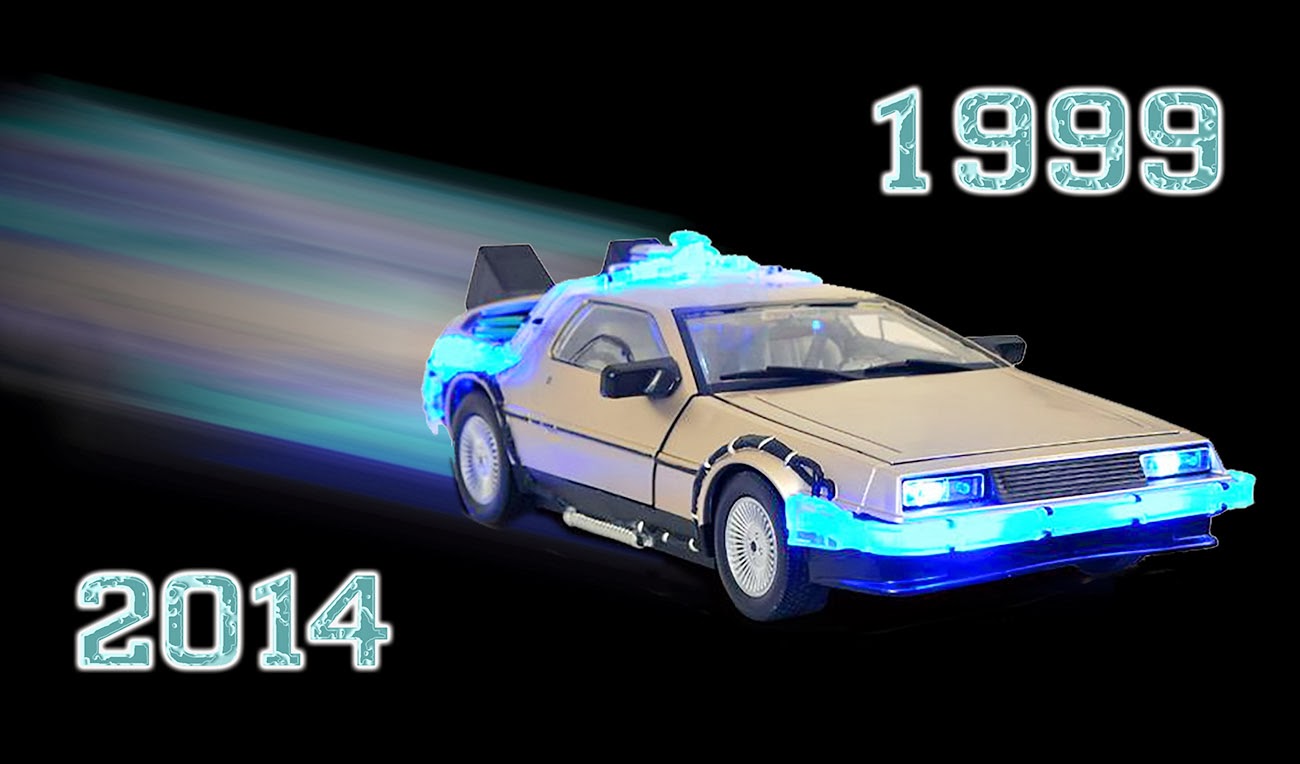 All the same attitudes, rationalizations and excuses are being trotted out. And the same old suspects are trying to cash in.
Big companies with deep pockets seem to have a propensity for behaving like slow witted game animals.
Slick talking hucksters (i.e. their own marketing people) hang shiny things in front of them and they just can't resist following and being led to the slaughter (of their ad budgets).
In the "Roaring 90s" all you had to do was add an 'e' in front of your company's name, or a 'dot com' after it and you'd get tons of investment funding.
EDairy. ETrucking. EPest Control.
CreamCheese.com
LooseLeafPaper.com
TableSalt.com
Now we have new jargon to woo big money.
"High click through rates!"
"Astronomical numbers of views on YouTube!"
"Millions of friends on FaceBook!"
But the amount of money made from all of them is still the same. Nada.
For all the money spent on "new media" they could probably produce some really good quality "old media" and reach more people more effectively and actually make a return on their investment.

Someone wrote a piece after the SuperBowl, discussing what it cost to produce and air one 30 second spot during that hallowed time period.
The total was somewhere between 5 and 10 million dollars.
The author proceeded to list all of the alternate media choices that money could have purchased.
- Writing, designing and publishing a couple of years of issues of a new magazine.
- Publishing a high end book.
- Running multiple ads in more affordable time slots, or about a gazillion ads online.
- Running numerous joint marketing ventures with other companies, which could achieve much higher overall viewership and conversion.

There's a video circulating online that purports to show how FaceBook itself is at least tacitly in cahoots with so-called "click farms." These places shower FaceBook ad pages with tens of thousands of Likes from fake profiles for a fee. Of course, on paid ads FB makes money per click, so it's in their own interest to allow these spurious Likes to go through. And apparently the click farms are now liking even stuff they're not paid for, as they use these other Likes to cover their digital tracks. 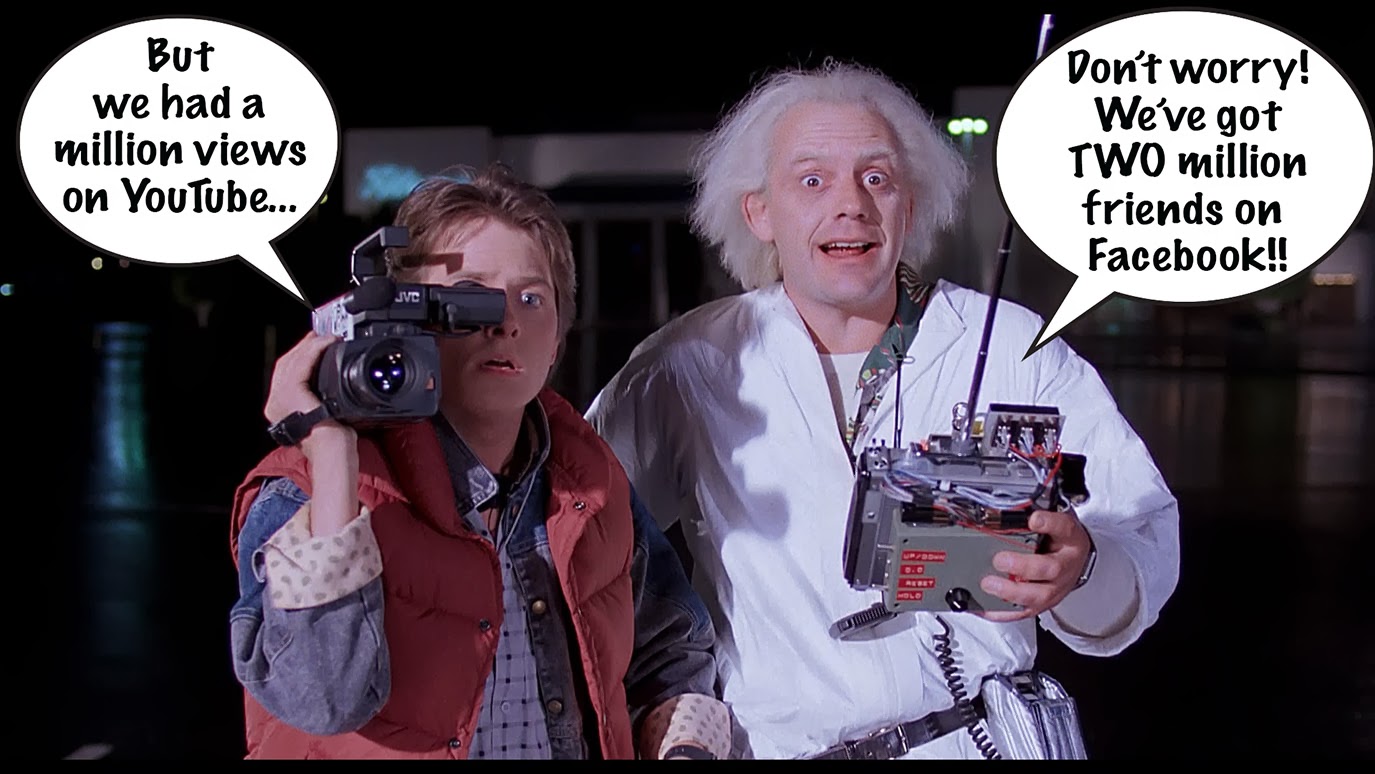 So what good are all those millions of phantom FB followers?
And am I honestly advocating ignoring Social Media?

In the first place, I believe that, in the absence of a cohesive overall marketing plan, millions of FB Likes really are pretty much worthless.

Social Media, like any tool, must be wielded properly. If we've learned anything from the past few years of the internet advertising boom, simply blowing your brand all over everywhere doesn't work any better online than it does in print or on TV.
While all the factors that influence online behavior may not be as carefully charted and documented as they are in traditional media, many of the same rules apply. And some apply to an even greater degree.
For example, there are certain stores that use "high pressure" sales tactics to rack up sales. These are usually places with overpriced inferior merchandise (men's clothing outlets come to mind) where some fast talking, slick dressed guy attaches himself to you as soon as you walk in the door.
I avoid those places like the Plague. Salespeople like that turn me off to an indescribable degree, especially when they try to act friendly in that smarmy, overbearing, "I've got your number" manner.
I can't imagine that it does much to help their sales numbers, and yet they continue to lumber on year after year.
But don't you know it's just the darnedest thing - I was searching for a highly specialized electronic item on Amazon one day - something for my photography equipment - and when I left the Amazon page, other sites I visited started showing ads for the very same item - on Amazon!
The overbearing salesman, in all his over-cologned pinky-ringed glory had made it onto the internet!
And I'm just as (un)likely to patronize him in cyberspace as I am in person.
If I go into a store and they don't have what I want, do I want them stalking me up and down the street trying to coax me back into their shop?
I mean, really?
This is cyberstalking, and it's more than a little creepy. It’s like the dystopian future earth and spaceship Axiom in Pixar’s Wall.E, with those hundreds and thousands of screens all over the place that instantly display messages to the mindless masses.

What are Amazon et al thinking? How deeply into our brains and our lives do they imagine they can insert themselves before it starts to effect them in a really negative manner?
Personally, that experience has made me much more reluctant to turn to Amazon on a regular basis for shopping, certainly when I'm not on a "secure" computer where I've disabled cookies and pop ups and done whatever I can to prevent them from cyber peeping.

I know this will sound facile and a little naive, but I'll say it anyway.
People used to think that the spread of all this new technology would lead to a better world. Educational tools would be more evenly available and used more effectively.
Greater access to knowledge would lower the barriers that divide us and create a true global society.
Tech companies built a persona of being different and revolutionary, and being part of this new global culture.
But you know what? Companies do these kinds of things - peeping into people's habits and lives and privacy -because they operate without any sense of morality beyond their own market valuation.
And the morals of today's jet set - the Zuckerbergs and the Bezos etc - are purely about what's good for them. And, come to think of it, that makes them not so different or revolutionary after all.

So as a marketing person who had seen a lot of snake oil salesmen come and go, don't be sucked in by the shine and glitter of Social Media for its own sake.


Use it on your own terms, as part of a practical, sustainable and profitable marketing strategy.