Apple, Wall Street, the Press and You

I just finished reading another hatchet job from the AP after Apple announced its latest quarterly sales and earnings.
Reading the AP, you'd think Apple was a few months away from some kind of crisis. The piece fairly drips with cognitive dissonance. On the one hand the Cupertino tech giant sold a record, massive 51 MILLION iPhones last quarter. And yet there was a sharp stock sell off because it wasn't 55 million, as some anonymous analysts predicted.
Oh no! They only made 13 BILLION dollars this quarter! Quick! Time to sell every share we have before we lose our life savings!

Apple CEO Tim Cook was made to sound like some kind of errant schoolboy who simply can't get his lessons right.
Doesn't he realize that people want cheaper smartphones with bigger screens? Anyone can see that Samsung and Google are cleaning Apple's RAM buffer!
Except that they're not. Just a couple of days ago there was a very quiet article about Samsung's dismal quarterly earnings. No one's talking about that, probably because it's not news.
But to listen to the almighty press, you'd think it was Apple that was having a hard time.
I've got a news flash for you.
Apple is the most successful tech company in the world,
whether you measure by profit or brand image. (I would also argue that their products are better, but that, at least, you may think is open to debate.)
So why do we have this constant drumbeat announcing Apple's demise? Well first of all it always makes good copy. It's like putting "man bites dog" on the cover of a tabloid. People know it's not true but they can't help wanting to read about it.
The second reason is more sinister. Sadly, there are those sleazy individuals who engage in manipulation of the public's perception of Apple to affect its stock price, even if they have to make up bad news from thin air to do it.
And that brings me to my next point.
In another post, I wrote a somewhat tongue-in-cheek comparison of creative people versus businessmen. I don't believe there is currently any more public venue in which to view this than the rivalry between Apple and the Samsung/Google-opoly.
Steve Jobs, for all his well known flaws was someone who genuinely loved to create and innovate and inspire.
Apple has tried to remain faithful to that philosophy.
The other players in this drama are from an entirely different ethos.
The beauty and elegance of Apple's products escapes them, as does the elemental appreciation of Apple’s blend of art and technology.
They understand neither the feeling of accomplishment upon its creation nor the charm and satisfaction in its use.
They understand only profit and functionality, or the lack thereof.
Apple brought about a quantum leap in mobile phone and computing technology, introducing an entirely new set of standards, capabilities and expectations.
Samsung, by their own admission, analyzed and duplicated the iPhone as much as possible without giving any thought to innovating and creating their own distinctly different competing product. 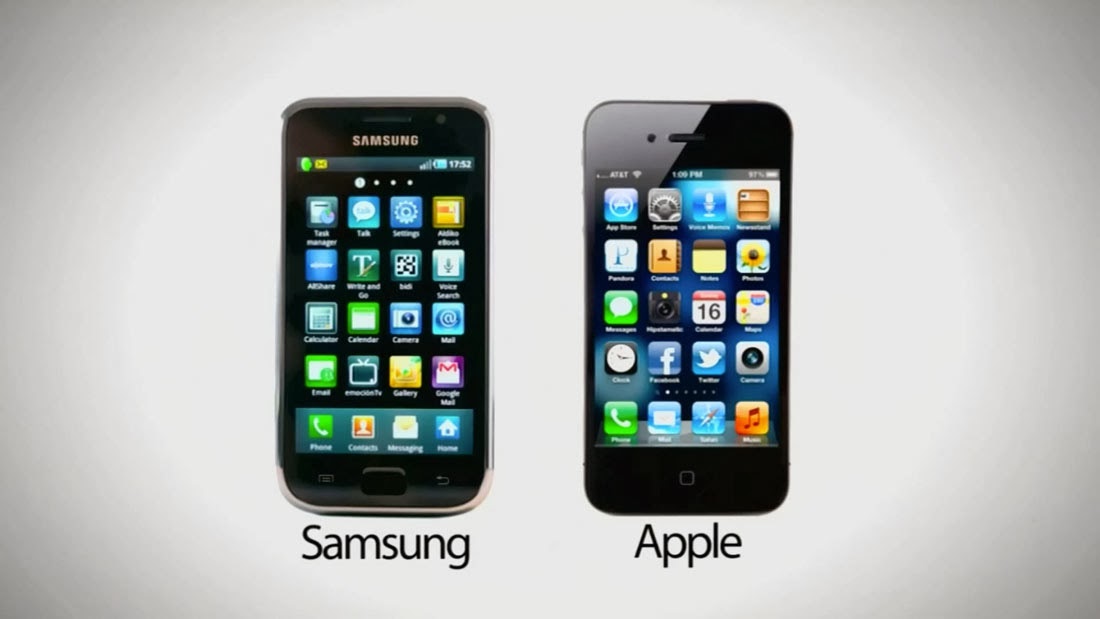 I know I prefer iOS devices because the overall experience is smoother and more polished than on Android or Windows. It simply appeals to my artistic nature.
You may ask, "So what's this got to do with me, and why should I care?”
Most people probably won't care any farther than it affects the price and features of their next smartphone.
And hey, let's be honest. Apple is also in it for the money, too. Lots and lots and lots of money. And being creative and innovative doesn't make you some kind of Divine entity, immune to any and all criticism.
And yet...
Maybe I'm just an idealistic dreamer, but I do think there is a quality and character about Apple's products and culture that speaks to me and reaches me on more than just a superficial level.
And I'm obviously not the only one.
And those cynical cold blooded individuals who trash Apple's - and other companies’ - images, bad mouth their products and spread malicious false information just to make a buck are doing it at the expense of something far better and nobler and more significant than they are. It's not all that different from the people who converge on natural disaster sites to pillage and rob the victims blind. Except that in this case they're actually creating the disaster first, and then doing their pillaging a la "Wolf of Wall Street."
And who are the victims? Well the most obvious ones are the shareholders who get clobbered. Then there are people who are turned off of purchasing Apple products due to the ceaseless negative publicity. (Yes they're out there. I've met some of them.) I classify them as victims since they are recipients of misinformation, which has formed the basis for some very strongly held biases. And of course Apple, and any other similarly victimized company suffers at least nominally from the bad PR. As successful as they are, there's no telling where they'd be without these miscreants nipping at their heels.

So, again, why should you care?
Because I believe that when people are confronted with something that’s inherently, intrinsically, fundamentally wrong, and don’t react to it, it diminishes who they are as people. By reacting, I’m not talking about boycotts or letters to congressmen or demonstrations. I’m talking about reacting internally. You have to hold onto your internal barometer of what’s right and what’s wrong, no matter what ridiculous spin the media puts on things.


Otherwise each time it happens, a little bit of your humanity will be chipped away until we have a society in which this behavior is not just covertly allowed to happen, but openly flaunted and encouraged.