When Advertising Forgets Its Place

What Was Chrysler Thinking? 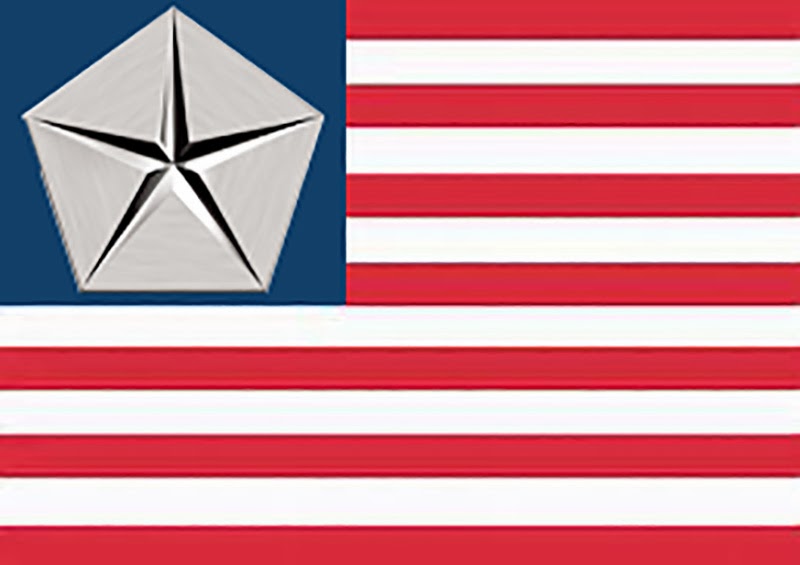 Well it's Super Bowl time again. For the advertising business that's practically like the Academy Awards or the Emmys.
I've seen several lists of the best ads of the year, including a list from AdWeek.
I have to say that I'm stupefied, mortified and not a little disappointed at what the industry has devolved into.
I looked through AdWeek's entire list of 10 best ads, and their #2 favorite is a two minute spot from Chrysler, singing praise to the American farmer. The only branding is at the end, with a Chrysler truck proudly standing in front of a farmhouse.
So what bothers me about this? Well in the first place, hardly any of these ads are about selling. Heck, many of them are hardly about brands or products or anything like that. They're entertainment, pure and simple.
They conjure up an illusion of meaning and substance and...what? Spirituality? Patriotism? Are people so bereft of meaning in their personal lives that they need to look to TV commercials to find it? Is the American public now looking to be inspired by Chrysler?
Holy suspension of disbelief! Last time I checked, Chrysler was a corporation - i.e. a legal fiction. There's no person in an office waxing poetic about American farmers. What there are are a bunch of investors wondering when or if they're ever going to see a profit. Let's just hope past performance isn't an indicator of future returns.
And even if we collectively want to agree that ad agencies are now in the entertainment business - something that advertising giants like David Ogilvy railed against - does that mean that we also have to look to them to find the meaning of life?
And as far as their strategy of, “Farmers = America and we love farmers so ergo we love America,” What are they thinking? Chevrolet tried it over 30 years ago. Remember, "Baseball, hotdogs, apple pie and Chevrolet?" If you don’t, rest assured that some of us do. But at least that was tongue-in-cheek. It was a jingle was goodness sake. You could laugh at it. And it was pretty fair advertising.
Chrysler is stone cold serious in this spot.
I suppose that most people will look at it and perhaps give a nostalgic, knowing smile and say, "What a nice uplifting ad for a change."
But think a little deeper. Chrysler is not a university or a religious organization. It isn't a government agency, or a non-profit organization dedicated to helping farmers.
For that matter, what do the farmers get out of the Chrysler ad? Honorable mention? Buying a Chrysler vehicle won't benefit farmers in any way. Note to Chrysler - a more thought out ad would have included some kind of reward to those noble citizens. Why bring them up at all except to exploit their hard working heritage and piggyback on it? Is this not blatantly self-serving? What does the fact that farmers are noble and selfless have to do with Chrysler? Because it’s their truck stuck in at the end of the ad!
To be fair, they don’t have the farmers saying how great the Chrysler trucks are, although, presumably that’s the leap they would like for you to make. I guess they felt that would be too “cheap” against the oh-so-noble context of Paul Harvey’s nice speech.

People criticized President Obama for taking part in a "selfie" at Nelson Mandela's funeral. Now we have Chrysler making a beautiful tribute to farmers, and using it for their own "selfie," shoving in a product placement at the most awkward place and time.
Is this what ad agencies' purpose is now? If Chrysler was a publicly traded company and I was a shareholder I'd be furious. Is that what you're spending millions on? Two minutes of obscenely expensive Super Bowl ad time for a cheesy propaganda newsreel?
For those of you who don’t agree, let me ask you this: If Colt or Winchester were to make the same type of ad, showing stirring, patriotic images of troops or police using their products, and having some famous person make a speech about how great our men in uniform are, and they ended off with a picture of an army base with a big gun in front of it, would you still feel the same way? (And BTW, I'm not anti-gun, just realistic.)

Take a look at a sample ad I whipped up and see what you think: 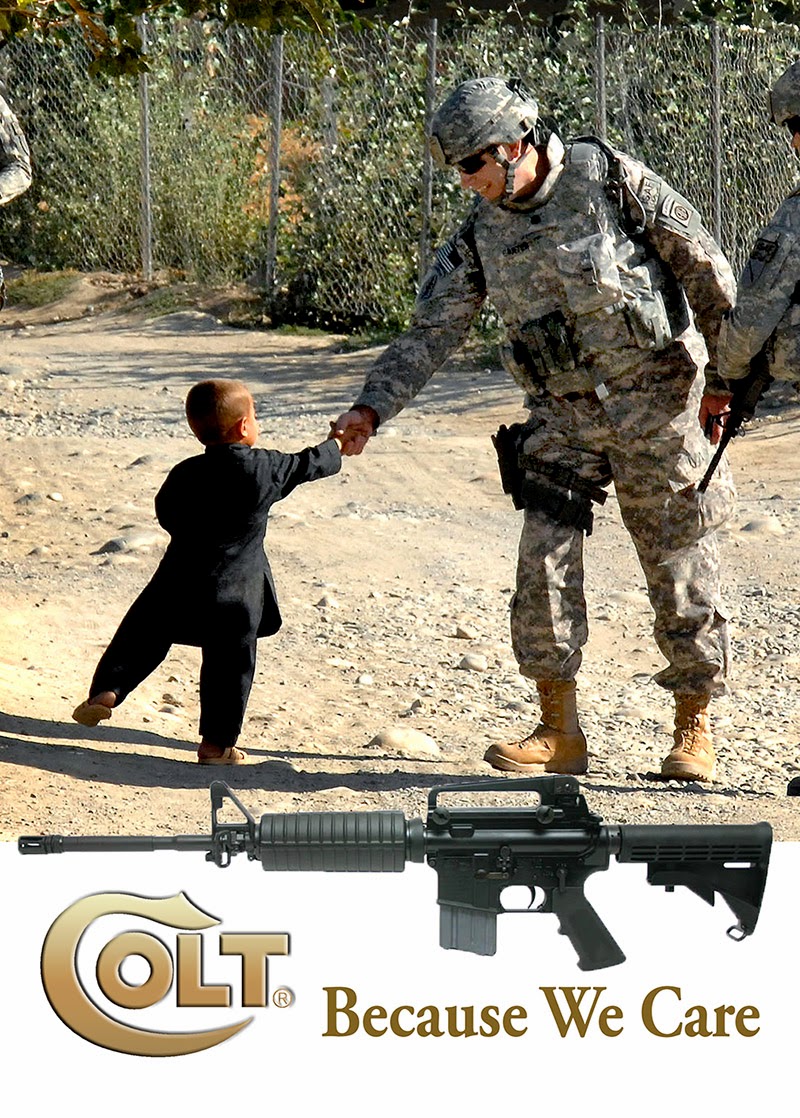 I think the public would be up in arms (no pun intended), demanding the heads of the gun company executives who would dare to presume to suggest that they should in any way appear to take credit for anything that good, well intentioned people - even (shudder) military people do such as saving lives.

But somehow, when Chrysler, who is not after all that much better than the gun manufacturers, claims some kind of right of association with the noble American Farmer, nobody questions it or even blinks an eye.


I have a suggestion for you Chrysler: Why don't you try making ads that sell cars and leave the feel-good patriotism to someone else.